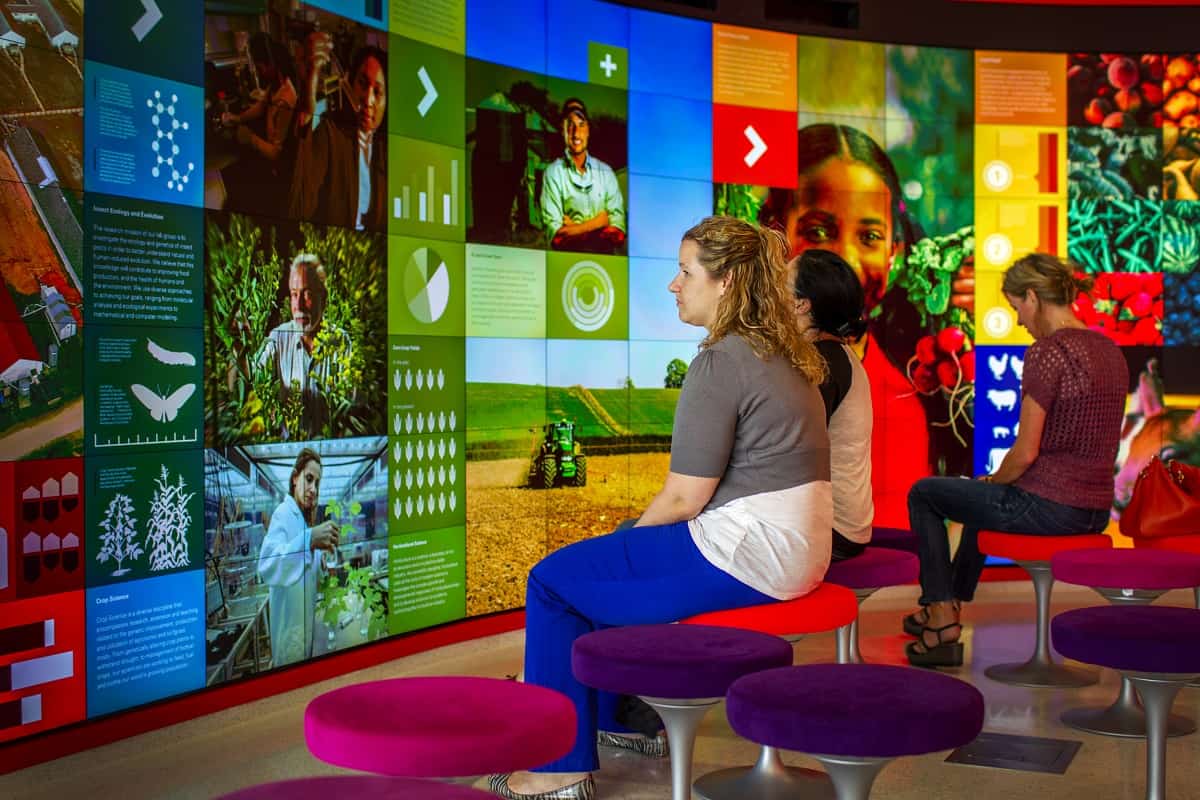 THE OPPORTUNITY: Creating the Library of Tomorrow

Whatever your preconceptions about what a library is, or can be, they might be changed when you walk into the James B. Hunt Jr. Library at North Carolina State University. The library sits on the N.C. State’s Centennial campus, which blends corporate and academic research and is home to the fourth-largest engineering school in the country.

Within its 250,000 square feet are the fruits of a collaborative effort designed to create
a new kind of library, one that would serve companies and academia as a research
facility.

“A traditional library wouldn’t work because that wasn’t the main focus,” explains Maurice York, director of NC State’s IT department. “We had to figure out what a research facility meant in this day and age.”

While York and his staff knew IT elements quite well, the AV world was new to them. They were picky about their technology and needed a partnership that would be flexible and open to the way they were willing to work with them. As a participant of OMNIA Partners, York and his team were able to utilize a cooperative contract and find a solution that best fit their needs.

"It was a very measured process of doing an evaluation of the companies. The audio visual design is extremely complex because of those requirements. AVI-SPL's role was to come in at the implementation level and bring that to reality," said York.

Watch the video to learn how N.C. State turned a traditional library into a first-class research facility with immersive AV technology.

THE SOLUTION: Supporting the Lifecycle of Research

In explaining the concept of the library, York describes it as a technology sandbox for
the campus, one able to support rare and experimental technologies that could be
shared among the colleges.

AVI-SPL engineers and technicians transformed multiple library spaces into collaboration areas, including teams rooms, an auditorium, and conference rooms. In 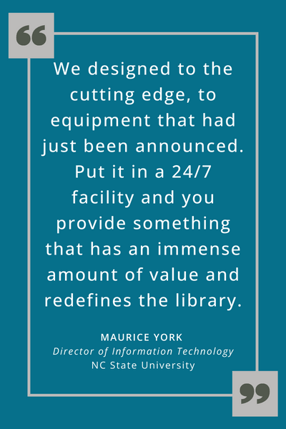 many of these areas, Christie Digital projectors provide the video. Other solutions include cameras, speakers, microphone boxes, Sharp video displays and Cisco video conferencing – all to create spaces designed for ease of collaboration and presentation.

For a multipurpose space, AVI-SPL installed four screens and projectors, as well as
wireless mics and speakers, and a portable capture workstation that records events
and presentations and uploads them to the library’s media site for access by students
and faculty.

“We designed to the cutting edge, to equipment that had just been announced. Put it in a 24/7 facility and you provide something that has an immense amount of value and redefines the library,” York said.

By utilizing a cooperative contract that was competitively solicited and awarded by a lead public agency, York did not have to go through an arduous RFP process. He was able to reap the benefits of the contract’s nationally-leverage pricing to ensure that he was upgrading the library for the best available price.

THE RESULTS: The Tools to Create Tomorrow's Technology

The Hunt Library has already been profiled in numerous publications, including Time
magazine. As one learns about each area of the library, the reason for its popularity
quickly becomes clear: This is a versatile, empowering space.

York says this IP-based system supports the research and mission of the building, which is to work as an integrated whole that supports the lifecycle of research: brainstorming, critiquing, and the late phases that produce finished pieces.

Areas like the auditorium and multipurpose area are used for lectures, watching live events and distance learning. The Gaming Lab gave a home to N.C. State’s gaming research program, which is one of top 20 in the country. In the Creativity Studio, students and engineering faculty deliver presentations on surfaces like displays, the walls and floor. Everything – including the walls, projectors and displays — is moveable, and the design offers easy access to equipment.

“It’s a total industry changer and totally non-destructive,” says York. “To open up the hardware, networking, and interfaces — that was a radical idea. We’re not trying to train people how to use technology. We’re training engineers on building the next leading-edge technology.” 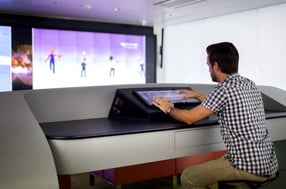 About AVI-SPL and OMNIA Partners

AVI-SPL partners with the most innovative communication technology providers so that our clients have access to advanced, secure, and effective AV and collaboration solutions. AVI-SPL products are available to participants of OMNIA Partners on a competitively solicited, publicly awarded cooperative contract. To view the entire OMNIA Partners contract portfolio, click here. Not a participant? Become one today!

Get in Touch with AVI-SPL for your AV solutions today!