Use of Data in Public Sector Human Resources & Workforce Management

Across the United States, a growing number of cities, counties, and states are utilizing data across agencies to improve management and make decisions. Data has multiple uses in the public sector, including analyzing attendance, forecasting workforce needs, scheduling staff time, minimizing controllable expenses, improving hiring and retention, and ensuring equitable treatment of employees.

“I’m seeing a trend, with more governments starting to use data to drive staffing and other strategic decisions,” said Talona Felix workforce business consultant for UKG.

The pressure on human resource professionals to use new tools to improve effectiveness and efficiency has become particularly intense following the pandemic, which has left many governments trying to find an oasis of useful data in a desert of empty job slots. One result of the pandemic, according to Stephen Fuller, enterprise program manager in Oklahoma City, was “not having as many people clinging to the old ways of doing things.”

But the mere existence of data isn’t the solution by itself, as multiple challenges stand in the way of managers who want to use the data at their fingertips. Even now, many public sector employers “traditionally have not used data to make decisions about staffing or policy changes,” said Felix. “Workforce management data provides an untapped resource that many governments haven’t really thought about.”

Most governments are loaded with the data that flows out of their payroll and human resource systems as well as a host of other software applications. But the mere existence of a spreadsheet doesn’t immediately translate into action. As Todd Park said in 2013 when he was United States chief technology officer, “Data by itself is useless . . . You can’t pour data on a broken bone and heal it. You can’t pour data on the street and fix it. Data is only useful if it is applied for useful public benefit.” 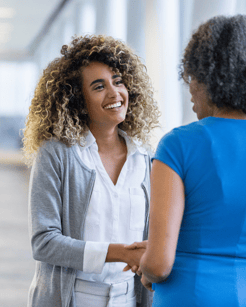 Consider the case of an employee who was frequently absent. When the data was disaggregated, it turned out that she tended to miss work on alternate Wednesdays. Her supervisor discovered that her children had a half day of school every Wednesday, and she had fallen into the habit of calling in sick when she didn’t have someone to pick them up, rather than regularly asking permission to leave the office at noon.

Understanding the problem, the supervisor proposed a solution to come in to work at 7 a.m. on Wednesdays instead of the normal start time of 8:30 a.m.; then work until noon. Employee and supervisor agreed that the missing Wednesday afternoon hours would be made up through extra time worked on other days either by staying late or coming in early.

Data revealed the specifics of the problem. But had the supervisor not inquired further and applied a problem-solving approach, the data itself wouldn’t have led to a happy ending for all concerned.

When resources are short and multiple other barriers delay progress, it can be a struggle for governments to turn thousands of bits of data into actions that can improve the world of both public sector employers and employees.

There are many obstacles that keep governments from using data in an optimal way to improve human resource management. The most recent International Public Management Association for Human Resources benchmarking survey on this topic comes from 2018 and cited insufficient funding as barrier number one. Other issues listed in that survey were a lack of training, weak staff knowledge, lack of software access, and an absence of support from leaders.

As UKG’s Felix told us, one of the big obstacles to making use of data is having employees who are fluent in the language of data and can translate it into strategic actions. “People don’t know how to read and identify the data, which means there’s not a lot of data analysis going on,” she said. One way to ease employee use of data, she added, is through actionable dashboards that are provided by workforce management technology. “That makes it easier to use data, even if you’re not a data scientist.”

Pushback from employees who need to gather the data and supervisors who should use it can be a problem as well. For example, some managers can be frustrated when they believe that there’s little they can do to solve the problems the data uncovers.

Some managers also fear being victimized by their own data. In entities where a “gotcha” ethos prevails, the revelation that one division has poorer performance than other parallel divisions can lead to a painful search for scapegoats instead of a tool to lead to positive action by underperformers.

Another reaction that can impede progress is the commonplace “we’ve always done it this way” view of some government managers. This kind of attitude stands in the way of a desire to dig deep into the numbers and find ways to alter rules and systems for the better.

Need for Buy-In Throughout the Organization

In the book “The Promises and Pitfalls of Performance Informed Management,” Beth Blauer, executive director of Johns Hopkins’ Centers for Civil Impact, said she’d like to see “a doubling down” in the attention given to employee data skills at all levels of an organization.

One key to improving data quality comes with recognition throughout an entity of the importance of data to individuals’ own work.

When employees and managers start to see the value of data in their own job performance, sloppy practices such as incomplete or inaccurate data input start to dwindle. 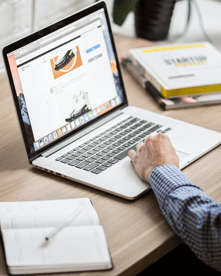 Old, out of date, and inadequate technology remains a problem for many entities. Not only are new technology solutions expensive, even when the money is available, they can take years to implement. What’s more, even a glitzy, new centralized system can be of limited value if it’s incompatible with existing technology.

“We have 25 different agencies, and to some degree you want them to chart their own path,” said Ronald Condrey, special advisor to North Carolina’s Gibson. “But if they’re all devoted to just their own data, you can’t get enough centralized data to be of value.”

UKG provides HR, payroll, and workforce management technology and services that inspire employees and elevate the work experience. Through OMNIA Partners, Public Sector's competitively solicited and publicly awarded cooperative contracts, UKG offers a wide variety of solutions. To learn more about how UKG can help you take the guesswork out of aligning the right employees, in the right place, at the right time, click the blue button below.

Stay Up to Date with Industry Insights